Plants not only make our homes prettier, they also lift our moods. In the past year, a lot of homeowners have been busy starting and tending to home gardens and gathering bounties of houseplants.

In fact, the plant business has been doing pretty well, according to Joshua Keamo of Koolau Farmers, with gardenias and crown flowers among the top picks for outdoor plants. When it comes to indoor plants, however, air cleaners are practically selling out. “They take in a lot of carbon dioxide and release more oxygen into the air,” explains Keamo. “These plants are really good for people who live next to busy streets.”

Cleanse your home with these two sought-after air purifying plants, which can be found at Koolau Farmers — a locally owned and operated company that’s been in business for more than 80 years and has three locations on-island.

Peace lilies, or Spathiphyllum, come in different varieties and are most known by their white flowers. “They have a nice indoor look,” says Keamo. “Peace lilies remove many toxins from the air including ammonia.”

This pretty plant absorbs harmful toxins and is known for its high transpiration rate, which means it carries a lot of water from its roots to its leaves, and releases moisture back into the room — making it an all-natural humidifier. “They only need to be watered when they’re dry or one to two times a week,” adds Keamo. “They’re low-light houseplants and don’t need to be in any kind of specific soil.” 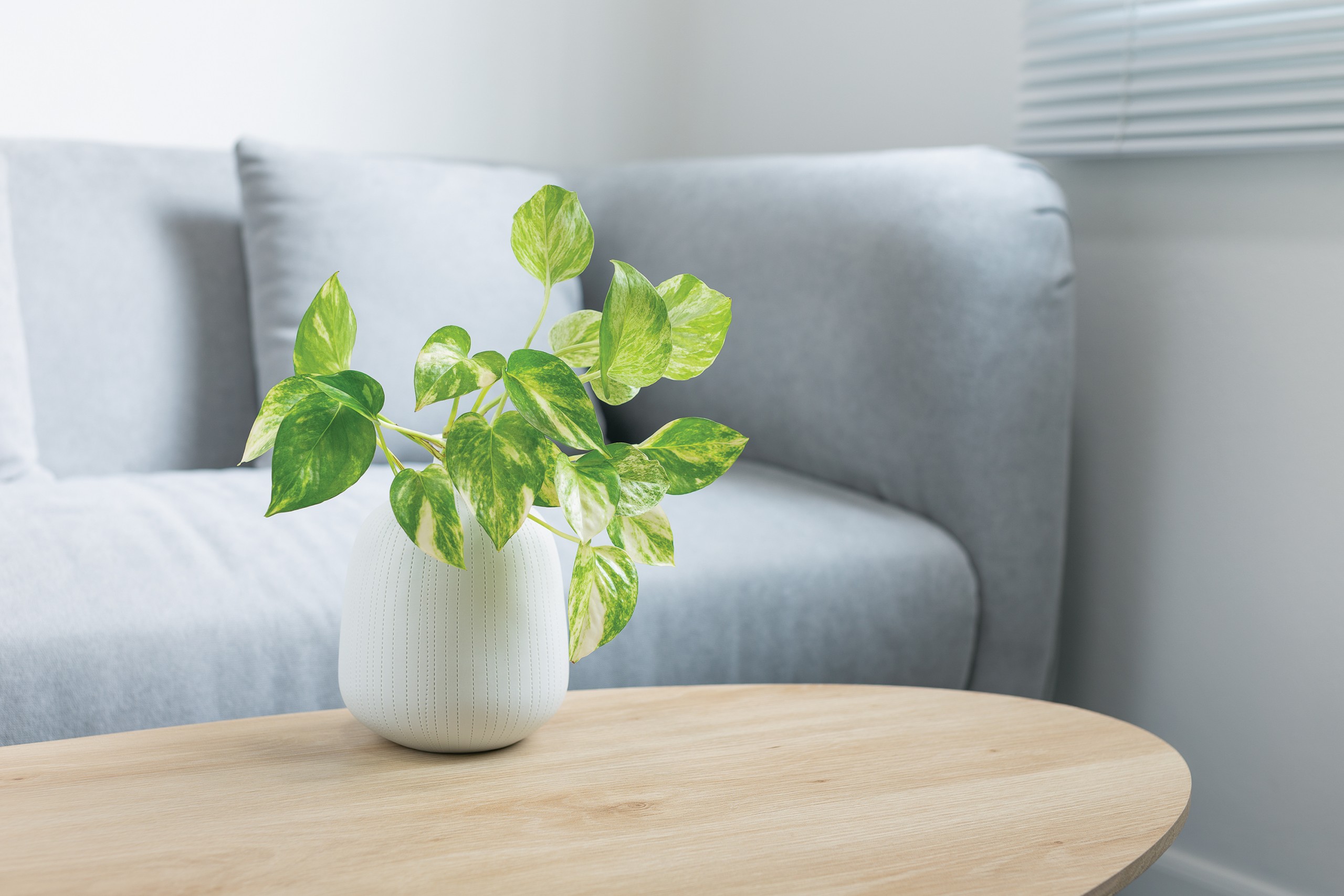 Also known as devil’s ivy, golden pothos is an excellent air cleaner and incredibly easy to grow in pots, hanging baskets and even jars of water. It’s ideal for beginners since it’s lush, hardy and inexpensive. Another nice feature is that it can grow up to 8 feet long.

Tending to golden pothos is very similar to caring for peace lilies. It can be grown in potting soil and with water-soluble fertilizer. “Both golden pothos and peace lilies can live for a long time,” says Keamo. “I know people who have kept them for years.”

Both air cleaners are typically kept indoors but can be outdoor plants too; however, if you live in a hotter area, refrain from keeping them outside where they could dry out.

4 Gardening Tips for Fall in Hawaii

Prepare your harvest for the cooler months.

Here’s how to make the most out of your seasonal fruits and veggies.