Family Makes the Move From Kailua to Kahala

A family of four loved living in Kailua, but the homeowners wanted to be closer to their work offices and kids’ schools, which are located in Honolulu. So, when they came across a home in Kahala, they saw its potential.

“The house was located in a peaceful neighborhood with wide streets and cool breezes,” says the homeowner. “We liked that it was close to the mall and within walking distance of the beach and park. The large yard was perfect for our girls to play in.”

But the single-story concrete home needed a lot of work. “It was quite dated,” says Phillip Barker of Barker Kappelle Construction, a design-build firm. “It was gray, drab … It was a really old concrete house.” 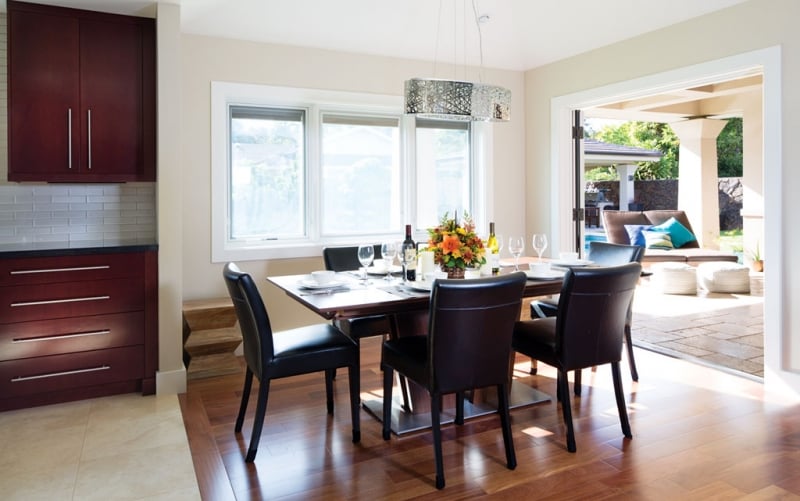 The homeowners thought the kitchen and baths needed makeovers, and they wanted to expand the home’s square footage. But they learned that their home improvements would require more than a renovation. “We hired architect Brian Fujiwara to keep the original footprint of the house but design a new home and include a second story so our girls would have their own living area,” says the homeowner.

Ultimately, the homeowners wanted a comfortable home that accommodated their growing family and gave their kids a place to socialize and yard to play in.

To bring their ideas to life, the homeowners reached out to Barker Kappelle Construction, whose workmanship they knew and admired while driving past projects in Kailua. After meeting with Barker and the team, the homeowners knew they were the perfect fit.

Early on in the project, Barker and his team came across a problem. “The house being so old, there are unknown pawns,” says Barker. The original house was demolished with the idea that the new home would be built on the existing foundation. However, after checking the foundation, they discovered it was weak and had to pour new concrete.

Thankfully, it was the only issue that came up during nearly a year of construction. “[The homeowners] were such lovely people,” says Barker. “When you have a good architect and a nice client, everything seems to go smooth.”

The project was a collective effort. “My husband was very involved in the entire process and he designed our kitchen and bath cabinetry, and sourced the materials,” says the homeowner. “Our entire family helped sand, stain and/or paint various cabinets, doors, closets and railings. It was a huge undertaking but it gave us a new appreciation for the work [Barker Kappelle Construction] does and made us feel the house truly belonged to us.”

The new construction includes a rock wall around the perimeter of the home, minimal landscaping for an open and grassy front and backyard. A pool and Jacuzzi were added to the backyard, along with a covered pavilion adjacent to the pool that includes a kitchen and bathroom. 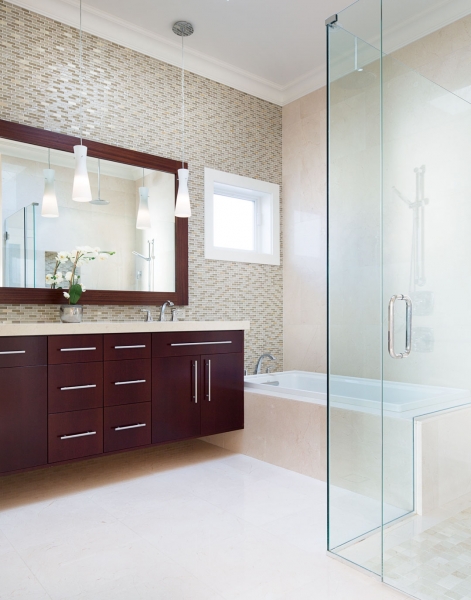 On the inside, the upstairs area is for the two girls, each with her own room themed to her favorite colors and personality, a bathroom with double sinks and an open play area. Downstairs, there is an open kitchen and a nook for sitting. The downstairs area is where the homeowners’ master bedroom is, another room for an office, one for workout equipment and another bathroom.

“Our experience working with [Barker] and the entire staff at [Barker Kappelle Construction] was nothing short of extraordinary,” says the homeowner. “[Barker] had an easygoing, personable manner that immediately put us at ease … He expected and received the highest possible quality of work from his crew and subcontractors. We also have to mention Matt Rubio, project manager, who had the patience of a saint and was extremely responsive and hardworking.” 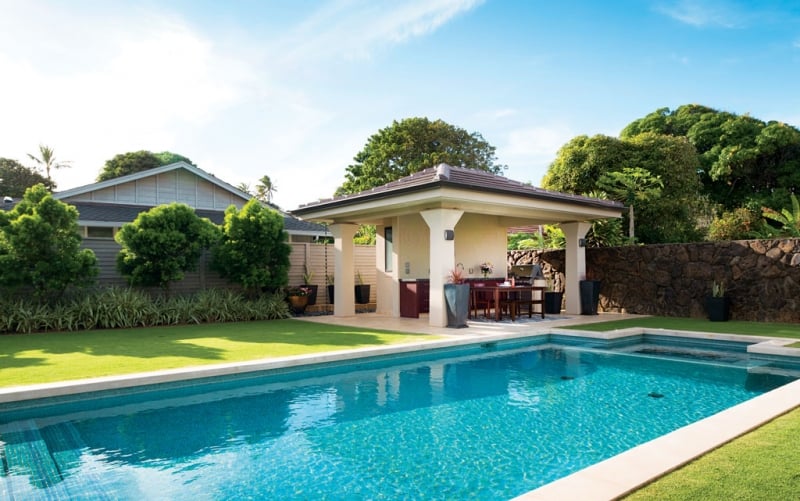 Now, the family enjoys their home. “We spend less time commuting and more time relaxing at home,” says the homeowner. “We enjoy having friends and family over to swim and barbecue. Our kids especially love hosting sleepovers in their playroom.”

Where To Get It

An uplifting transformation takes it to the next level.

The first of its kind in Hawaii, Castle & Cooke’s Koa Ridge is a master-planned community in Central Oahu.