Koa Ridge: A Community to Live, Grow and Thrive

A new area in Central Oahu, dubbed Koa Ridge, is the first of its kind here in the Islands. The master-planned community will have wide open, walkable spaces — including a 7 ½-mile shared-use path — among the buzz of nearby cafés, shops and restaurants. Koa Ridge gives way to a new “surban” type of living, where urban and suburban spaces come together, offering the best of both worlds all in the middle of paradise. 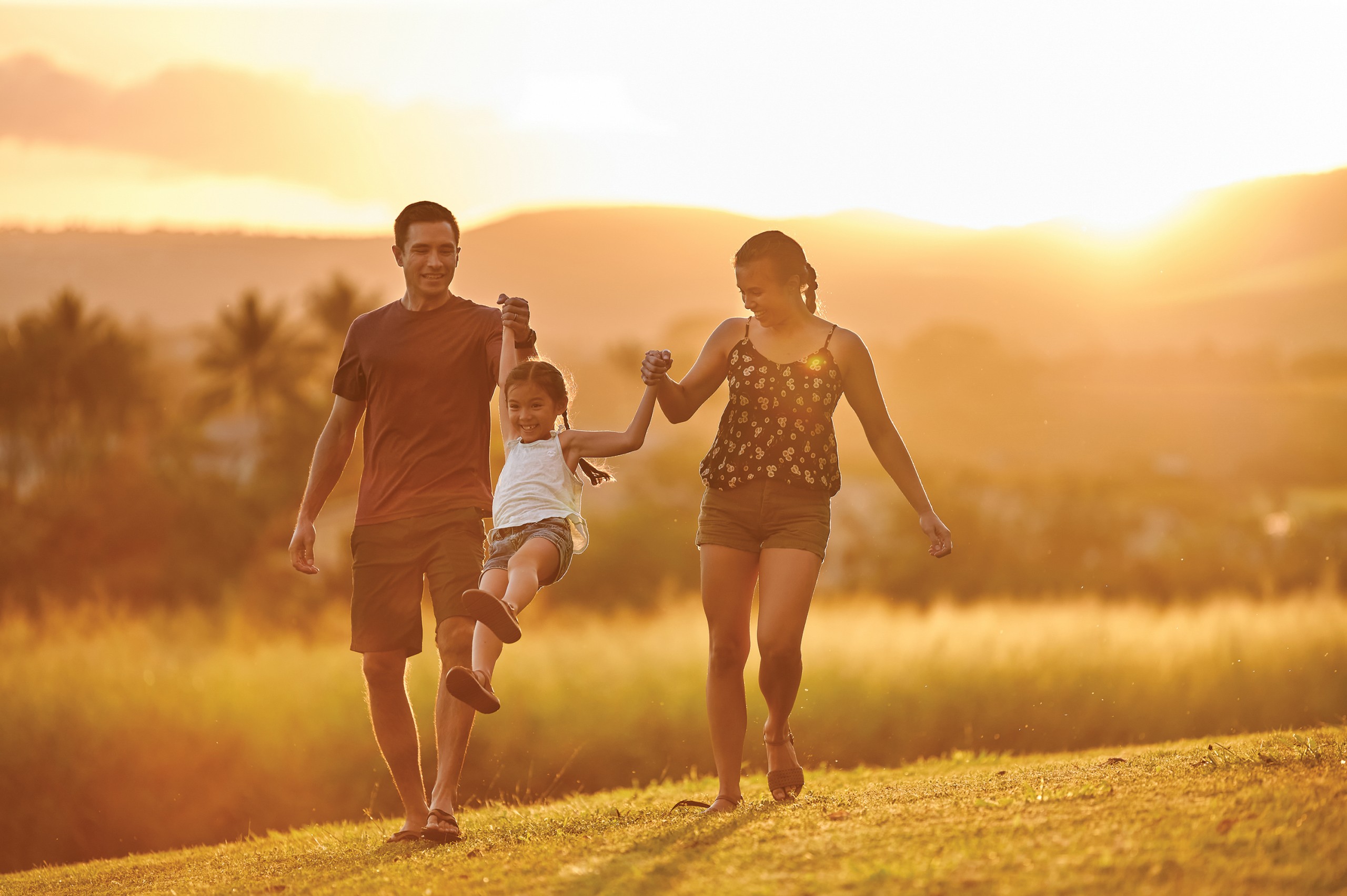 Input from local families was vital in developing Koa Ridge into a space that truly served the community. Photo: Courtesy of Castle & Cooke Homes Hawaii

“We truly planned, designed and built Koa Ridge for Hawaii’s families,” says Garret Matsunami, vice president of residential operations at Castle & Cooke Homes Hawaii. While the community was still in its conceptual phase, Matsunami and his team met with a group of nearly 50 people from surrounding neighborhoods — including Mililani, Pearl City and Waikele — to gather ideas and input. The group included kupuna, business leaders and others. After nearly 20 meetings, Koa Ridge began coming to life. 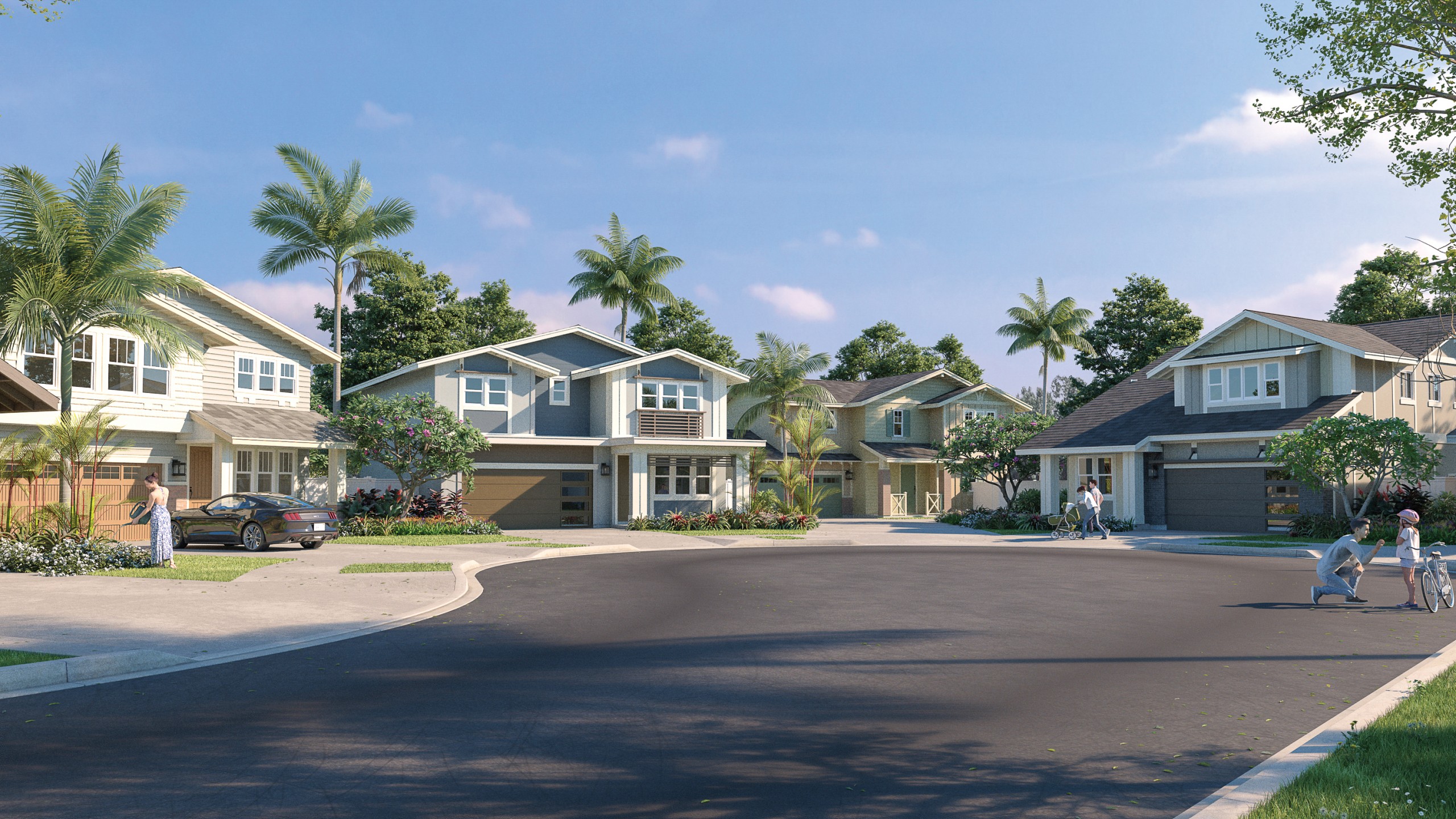 Homes are offered in an array of styles and price points and are positioned in a way that fosters a sense of family and belonging. Rendering: Courtesy of Castle & Cooke Homes Hawaii 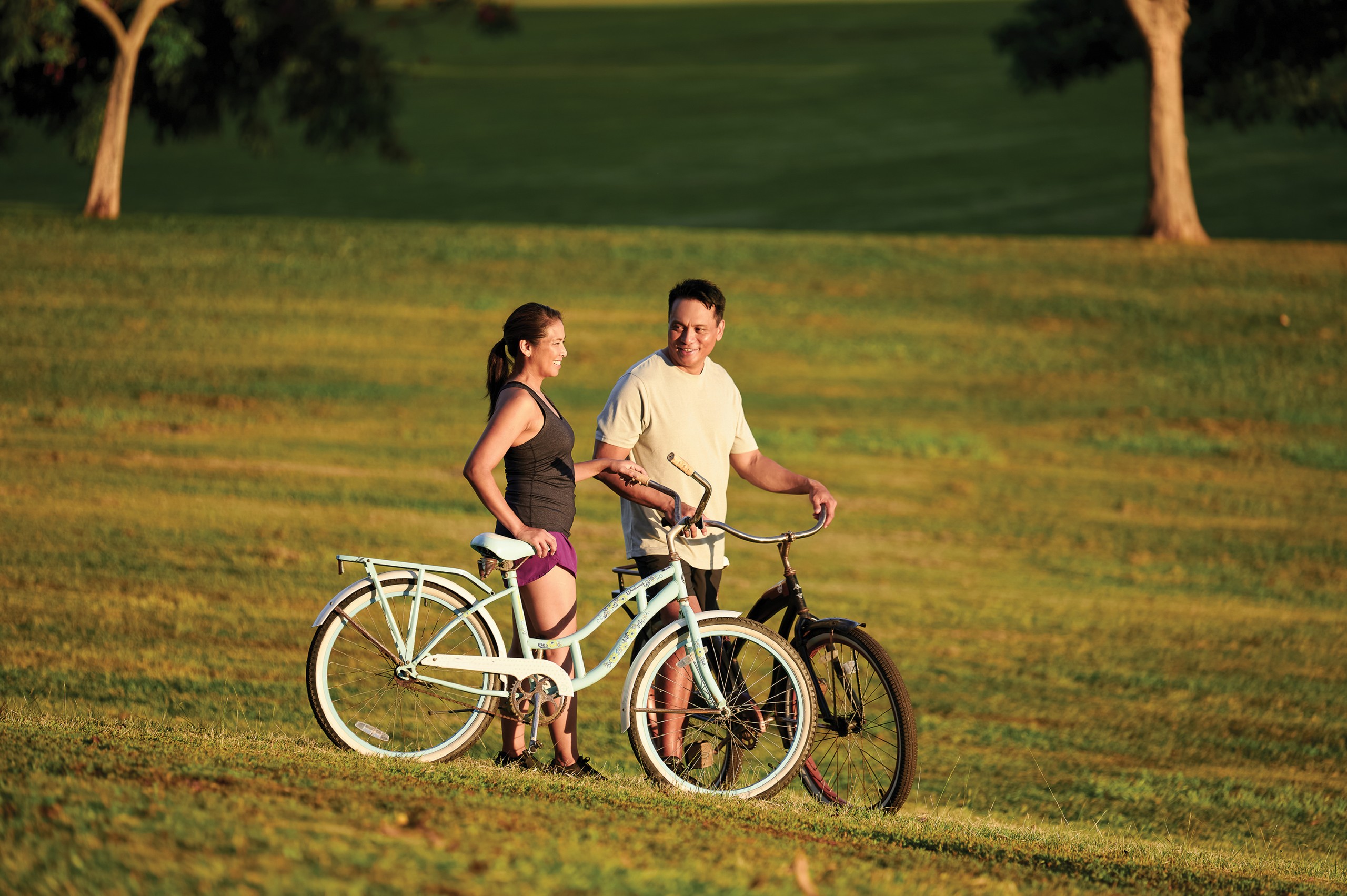 Residents can bike, walk or run through parks or along the 7 1/2-mile Hoala Trail that stretches across the entire neighborhood. Photo: Courtesy of Castle & Cooke Homes Hawaii

Residents will be able to walk, run and bike through Hoala Trail — the shared-use path — and utilize the mix of large and small parks that are scattered throughout. At the community’s center, Hale Lau Koa — a large, open space amid all the shops and restaurants — will be a place for everyone to gather, whether it’s for art exhibits, craft shows or hula performances.

Matsunami says that residency at Koa Ridge is available for all Hawaii families. “There’s a wide range of price points,” he explains, “and 30% of the homes will meet the city’s affordable housing requirement.” 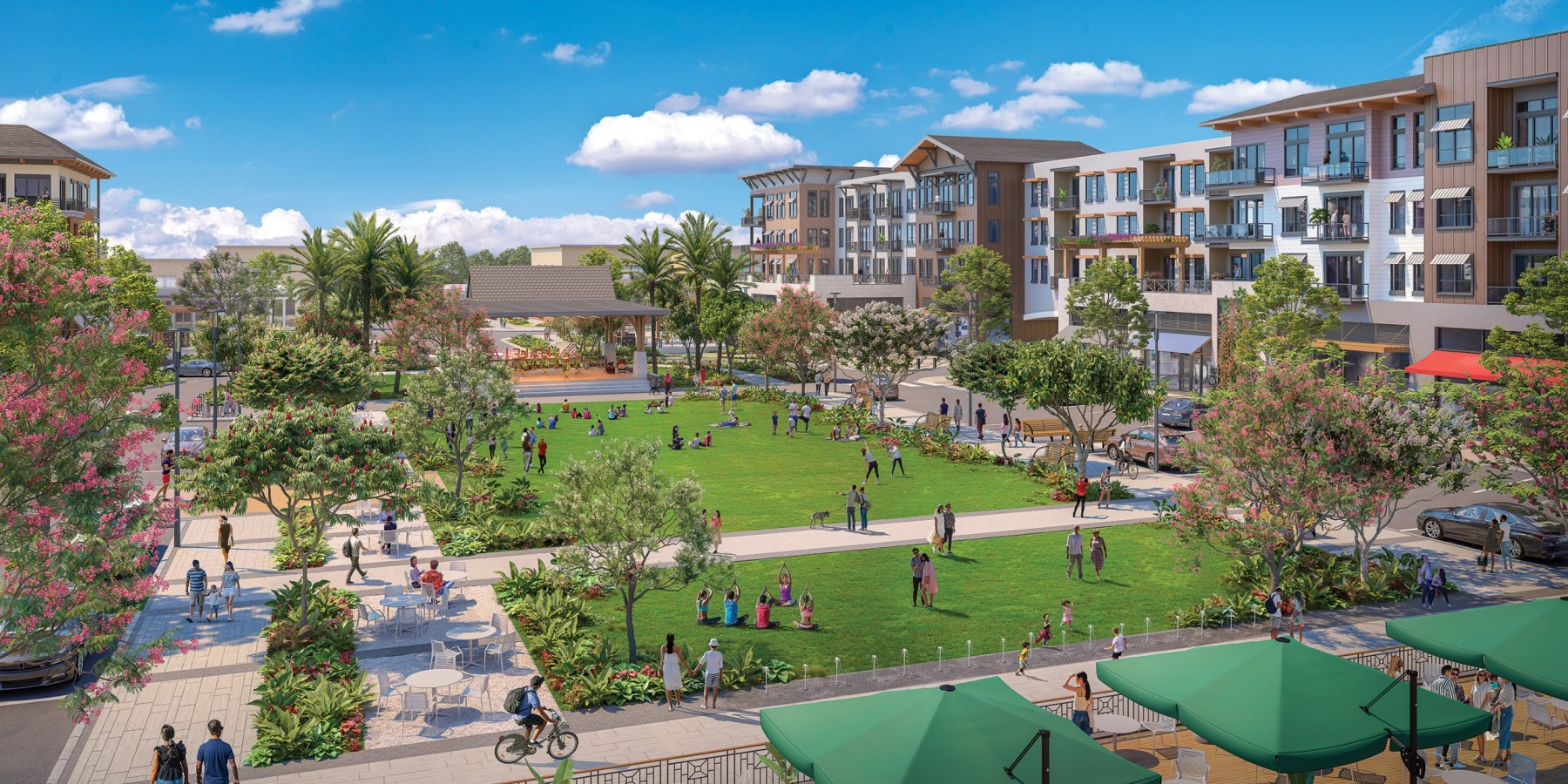 Live, work, shop and play all within this walkable, mixed-use environment. There will be a plethora of features and amenities, such as a community center and planned elementary school. Rendering: Courtesy of Castle & Cooke Homes Hawaii

Harry Saunders, president of Castle & Cooke Homes Hawaii, adds that the company was one of the first major developers in the state to offer fee-simple, master-planned communities. The company’s been in the business for more than 50 years and is adept at creating places like Koa Ridge. “When you have a community, you have to have a mix of incomes and a mix of homes,” he says, explaining that residents can start off with one-bedroom townhomes and move to larger spaces as their families grow. “They can step up and not have to leave the community. There has to be a place for kupuna as well. We’re going to offer affordable rentals for seniors.” 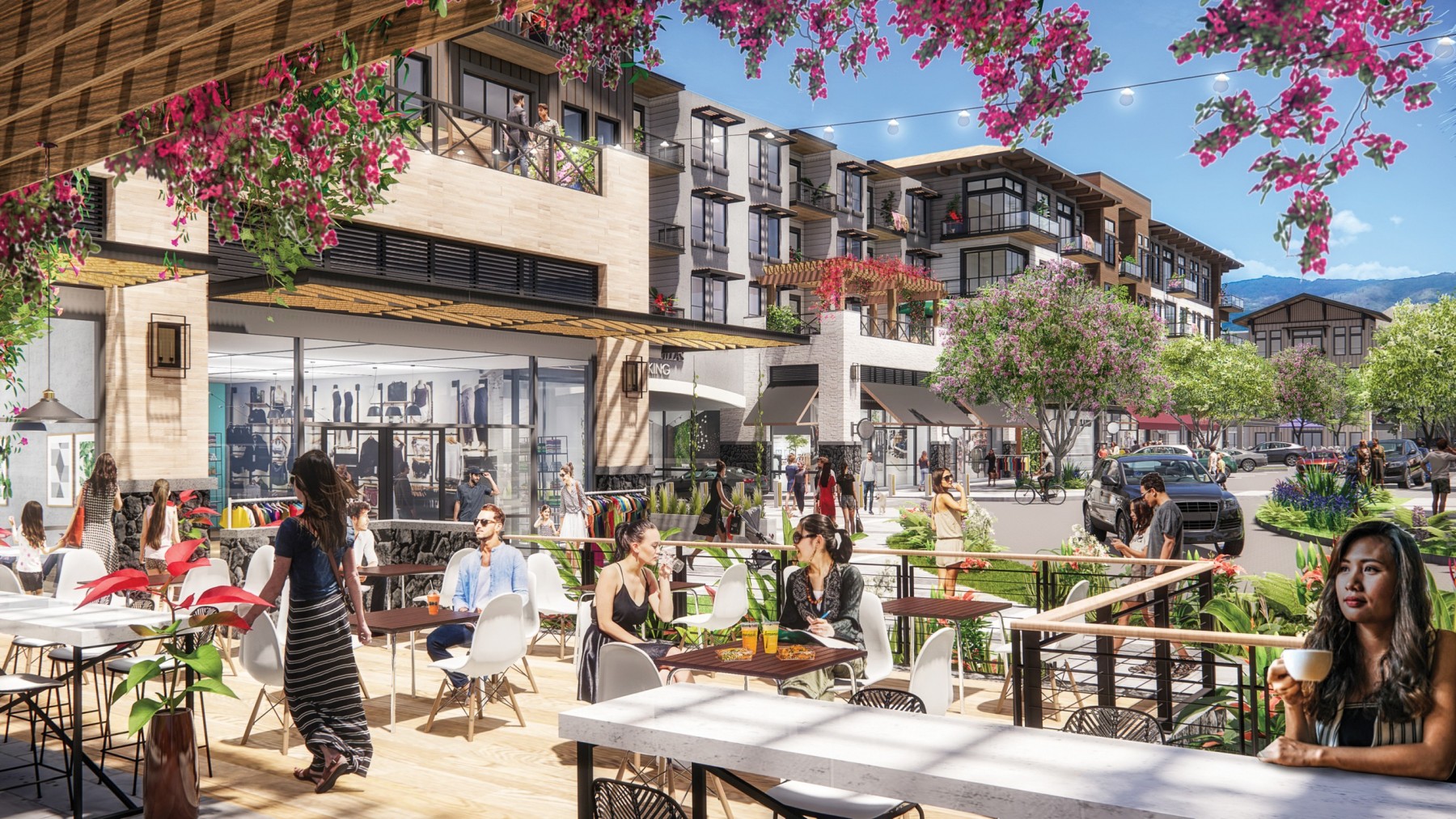 The Village is one of the many highlights as a central hub for cafés, restaurants and retail stores. Rendering: Courtesy of Castle & Cooke Homes Hawaii

Aside from single-family homes and kupuna housing, Saunders says, Koa Ridge will also bring back the mixed-use spaces of old Honolulu. “If you go back to the creation of Honolulu,” he says, “there really was mixed-use. People would have their stores downstairs and they would live above. We’re creating a modern interpretation of that, where we can have commercial downstairs and people living upstairs. It will be limited to five stories — it’s a little more residential in nature, so it’s comfortable.” 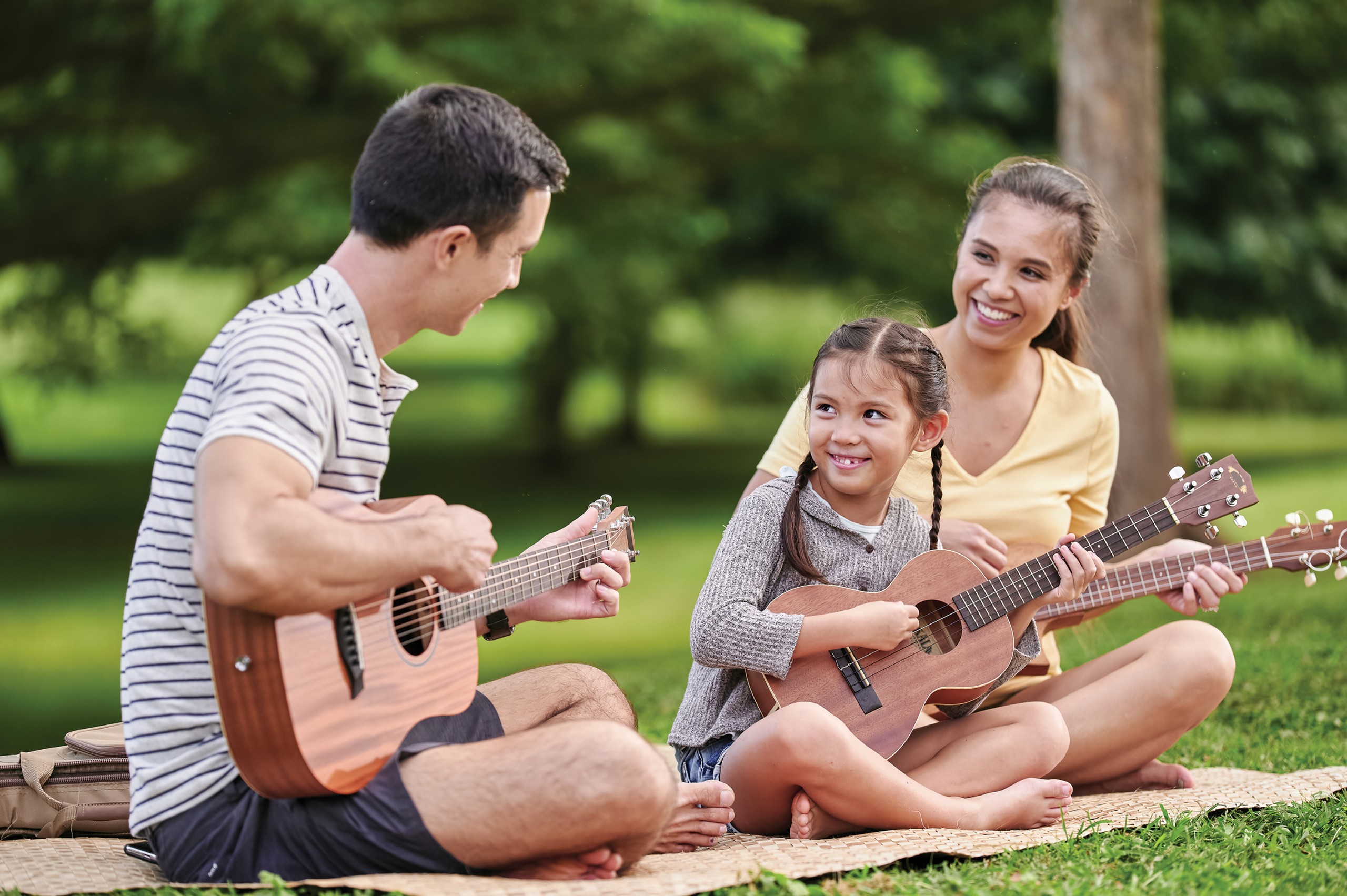 A koa ukulele is gifted to every household at Koa Ridge, as well as a certificate to follow the growth of a koa tree that’s planted in their name. Photo: Courtesy of Castle & Cooke Homes Hawaii

Every brand-new house helps Hawaii go green, too. Each one includes solar, features Energy Star appliances and is electric vehicle and photovoltaic ready. Koa Ridge will be the first community in the Islands to treat all of its stormwater before it flows into streams and, eventually, the ocean. “And what I really love,” Matsunami says, “is that for every home, we’re planting a koa tree. It’s planted in the name of the buyer; they receive a koa ukulele and a certificate so they can follow the growth of their particular tree in Kealakekua on the Big Island.” 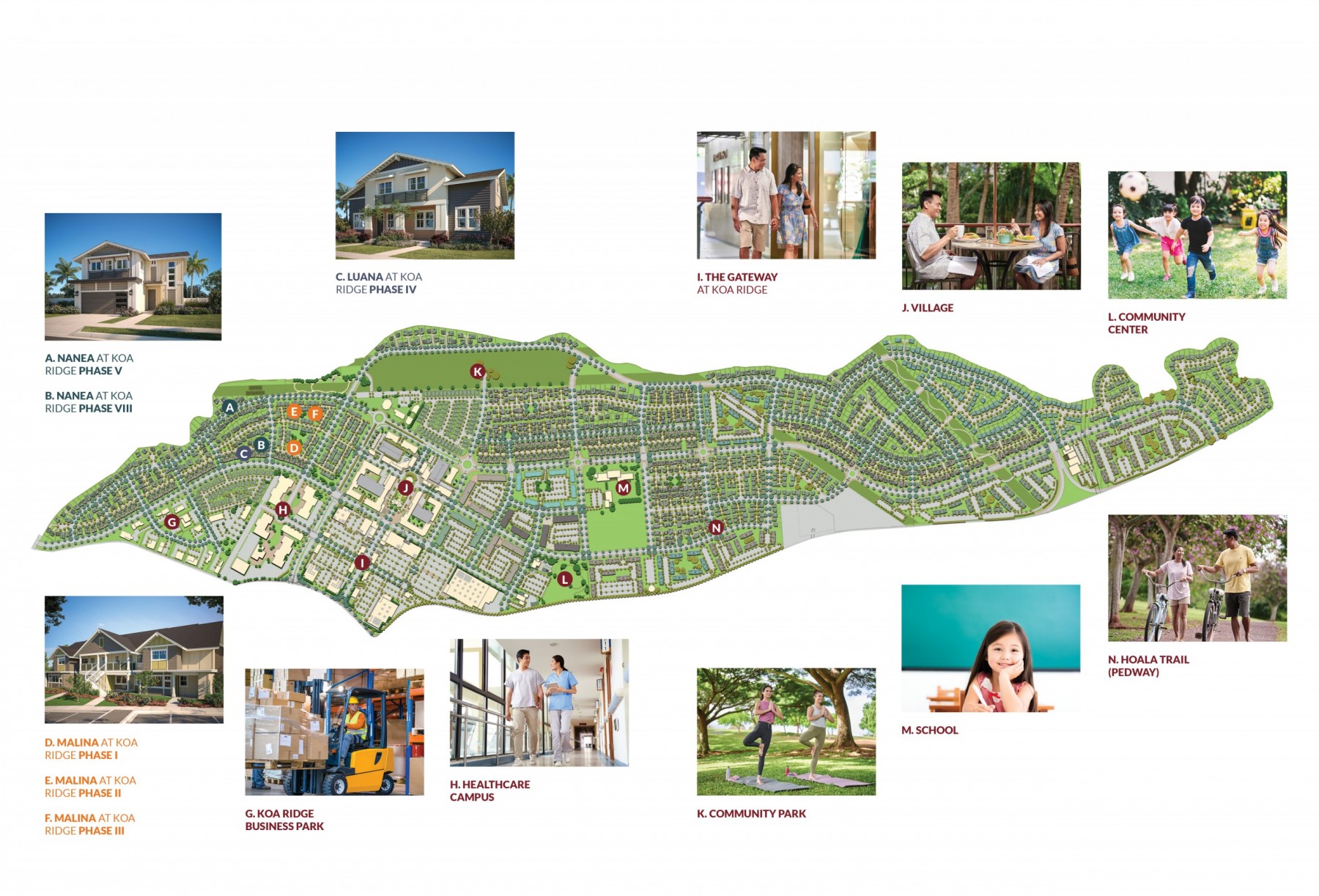 In addition to the wide array of homes within a bustling, green, walkable community, Koa Ridge residents will also have access to The Bus and, eventually, the Honolulu rail system. “It’s not all there yet, but it’s definitely within the planning,” Saunders says.

Koa Ridge offers a wide variety of homes in a range of price points. Visit koaridge.com for more information.