Leading the way toward renewable energy

Using sunlight, wind, rain, tides, waves or geothermal heat to ensure that our energy will never run out.

Renewable energy is energy that does not deplete when it’s used; instead, it’s naturally replenished. Renewable energy can come from sunlight, wind, rain, tides, waves or geothermal heat. Unlike renewable energy, once fossil fuels are used, they cannot be replaced. If we switch to renewable energy sources, we’ll never run out of electricity!

Hawaiian Electric is constantly working on ways to gather renewable energy from various sources, including:

The Wind
Harnessing the wind is another clean, sustainable way to generate electricity. The motion of the wind is captured and converted to electricity by wind turbine generators. You’ve probably noticed seven groups of wind turbines — called a wind farm — as you’ve driven around the Islands.

The Ocean
With water covering more than 70 percent of the Earth’s surface, oceans are the world’s largest collector and retainer of the sun’s energy. Hawaiian Electric has experimented with ocean thermal energy conversion, but the technology is not yet commercially available. 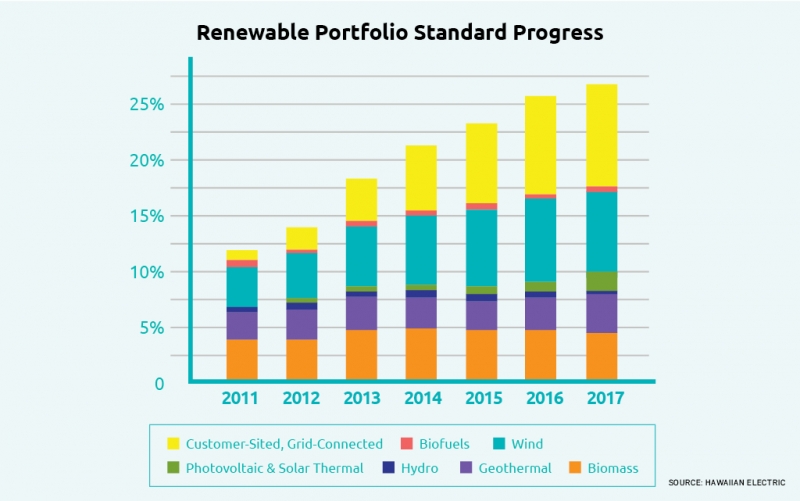