A Kaneohe home now has an open floor plan and other exciting upgrades.

What was once a single-wall one-story home in Kaneohe recently got an upgrade with the expert help of J.R. Moorhead of Moorhead & Company Inc. and Nancy Schnur of Universal Interiors LLC.

Previously, the kitchen was the size of a one-car carport, which is exactly what the original builders intended. “They enclosed the carport and made it a kitchen about 50 years ago,” says Schnur. Before its recent enhancements, the only way to get into the kitchen was to walk around the back of the house and through the living room.

“We took down the entire wall that divided the kitchen from the living room so that it became all one big space,” she adds.

“That really opened up everything and made it a lot bigger,” says Moorhead. “We brought that kitchen into the living room, and Nancy added a lot of specs for aging in place.” 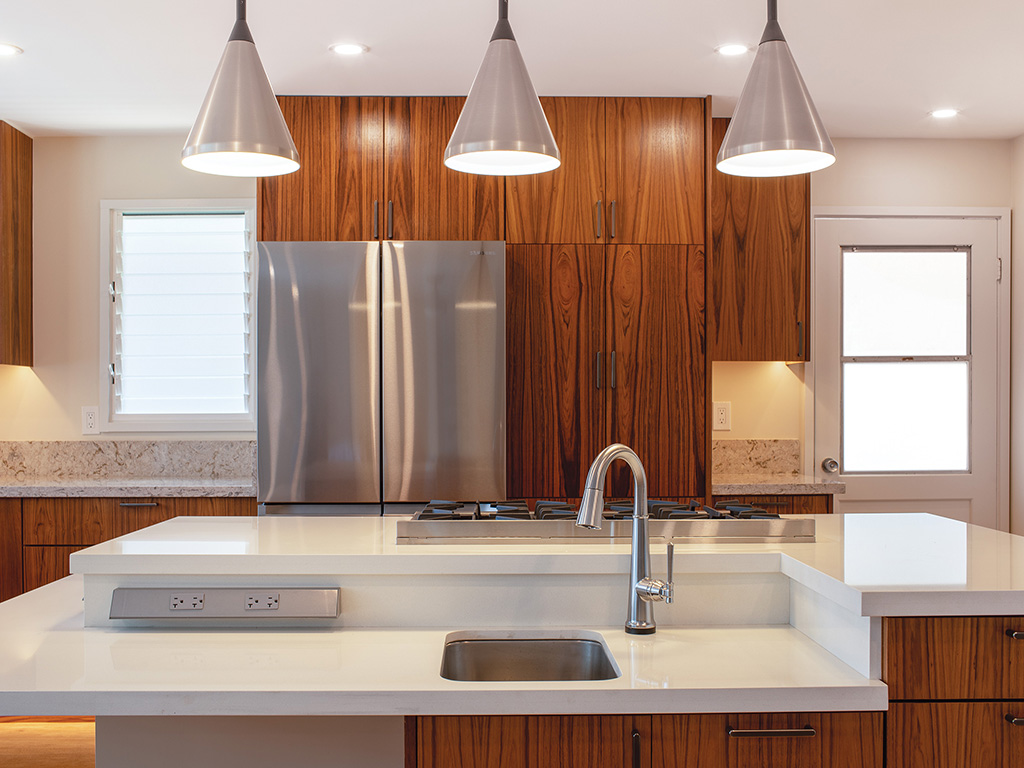 What was once a small kitchen and small living room separated by a wall is now one large open space.

The homeowner was intentional about smoothing out the aging process for his mother. “The ultimate goal in this project was to make this entire house that way so that the homeowner and his mother could age there comfortably,” says Schnur. “We also had to keep it within an affordable budget.”

The kitchen has both motion sensor task lighting and toe-kick lighting so that you can see your way at night.

“And then the pendants are really cast lights for the cooktop,” she adds. Also, the kitchen island is split-level, so homeowners can enjoy different cooking tasks or lounge around it. There is additional space beneath the counter should anyone need a wheelchair in the future. 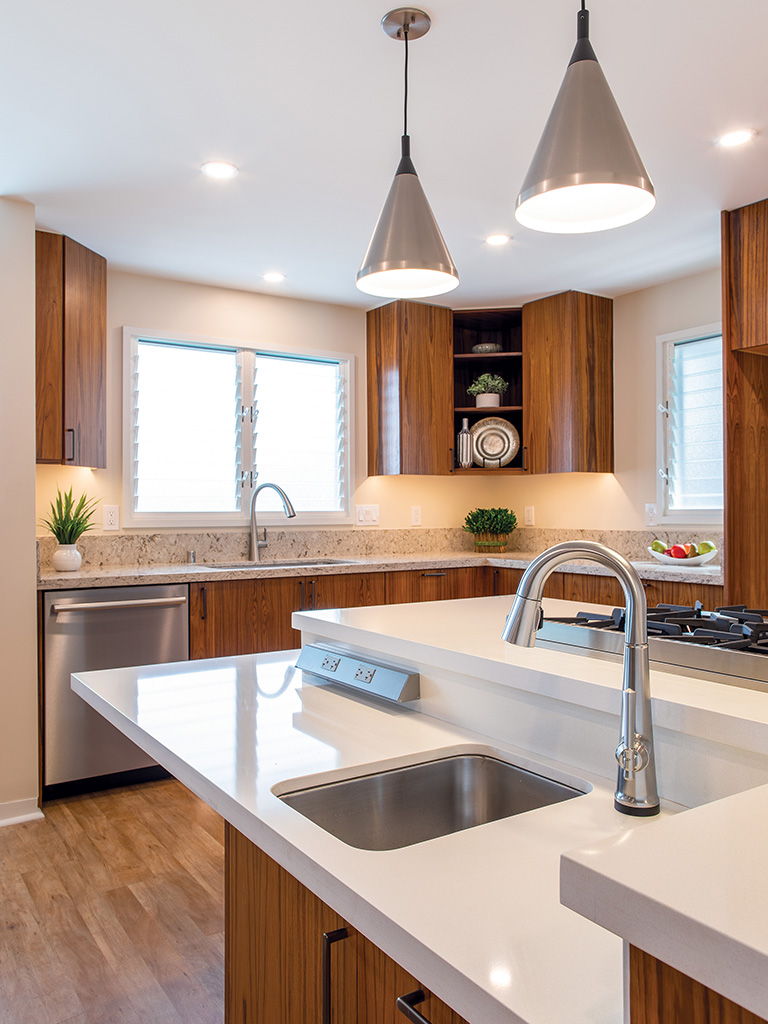 The split-level kitchen island is made to be able to do different tasks and to help with aging in place.

The flooring throughout is luxury vinyl plank and luxury vinyl tile from TW Flooring Gallery in Honolulu, says Schnur, who adds that it’s all easy to maintain and water-resistant.

“We changed all the flooring,” says Moorhead. “We painted the house, we had accent walls in different rooms, we reconfigured the laundry room and we added a half bathroom.”

All the cabinets were created locally by Cabinet Hawaii and made from teak wood. In the bathrooms, Schnur designed walk-in showers to replace the bathtubs. 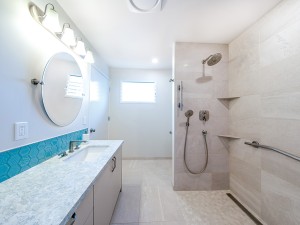 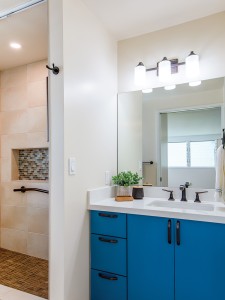 “And I got to work closely with him on picking all the finishes and paint colors and spent hours in the space just going through and making sure paint colors for each space were appropriate.”

“I like bringing these older houses to the modern age,” says Moorhead of the home’s transformation. “It doesn’t look like it’s an older house that was restored. It looks like a nice new house.”

5 Ways To Use Glass In Your Home

Reflect on these ideas from The Glass Guru of Honolulu.