Family of four builds new home in Kailua to grow up and old in together.

A 1950s-era plantation-style home on a large, flat lot by Kailua Beach was comfortable enough for a married couple. Despite its creaky floors and lack of a dining room, the two-bed, one-bath house had charm and felt cozy for two, though they dreamed of one day rebuilding on the property. 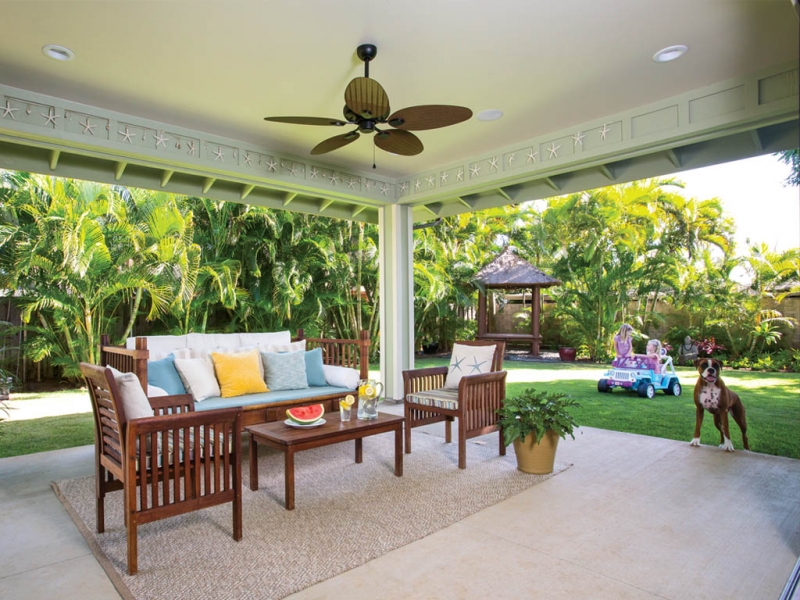 When they became parents to twin girls, they quickly learned their 900-square-foot house would be crossing the line from cozy to cramped and decided it was time to seriously plan for building the larger house they had talked about for so many years.

Admiring other homes in the area built by design-build firm Homeworks Construction Inc., the couple knew exactly who to call to create their new house.

“They have a style we really like,” the homeowner says. 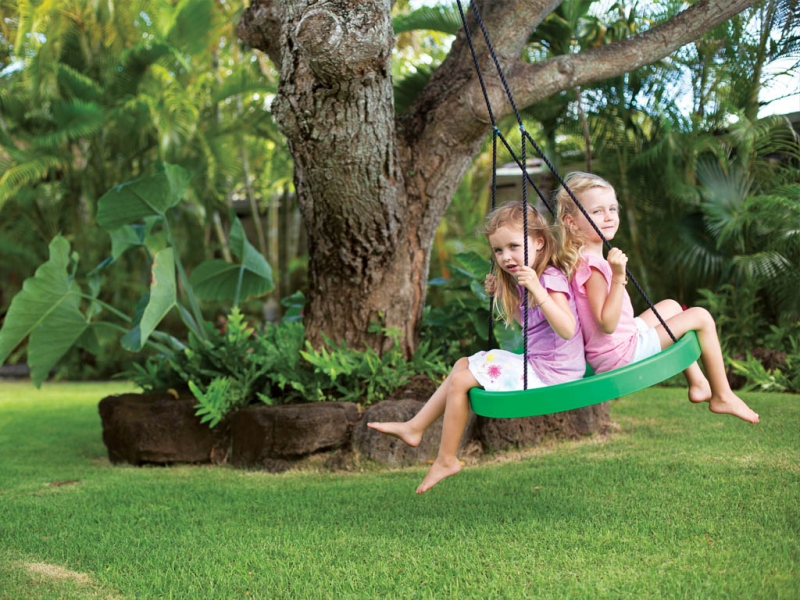 Aesthetics aside, the homeowners were also drawn to Homeworks’ design-build business model, keeping services in-house and costs within budget. The homeowners worked with Homeworks to design a four-bed, three-bath, 2,900-square-foot house with a floor plan that would allow the family to fully utilize all spaces.

Project Manager Heather Hickox designed the home according to the family’s desired at-home lifestyle. “We want to create and design around how the clients feel and how they interact daily in their lives, with each other, their children and their dog,” Hickox says.

For this young family, it was important for the house to be completely open to the outside in a safe, secure environment where the young children and family dog, Kula, could run freely from inside to outside, around the mango tree and through the side yard, stretching from the back- to front yard.

“We designed it around them and how they wanted to live,” Hickox says.

The living room’s 15-foot-wide sliding door is left open nearly all the time, allowing the covered lanai to serve as an extension of the interior living space. “It’s practically a moving wall,” Hickox says, noting its design also keeps the house cool. A set of outdoor furniture provides a comfortable space for the parents to relax outside while the twins and Kula expend energy running around the yard. 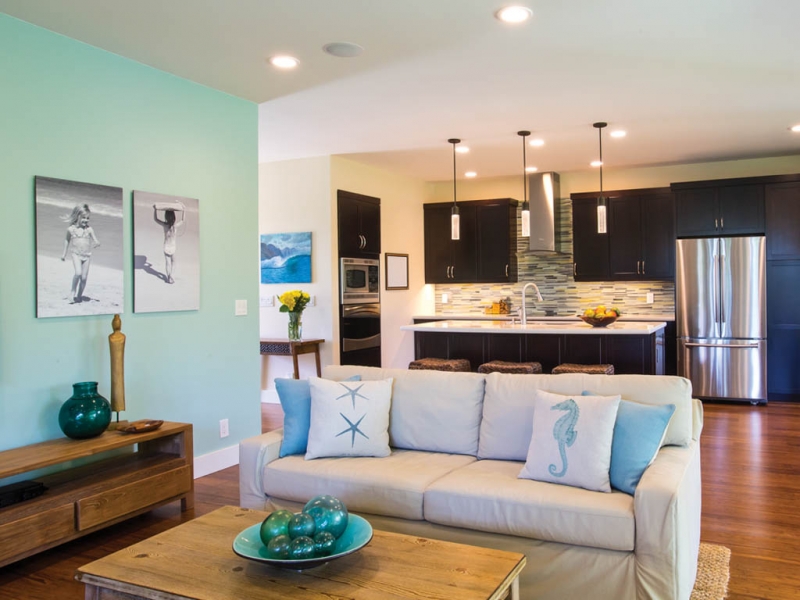 “It’s offset from the wind, so we get the breeze without getting any direct weather. It captures the trades,” the homeowner says.

Inside, a favorite room in the house for the girls’ mother is the kitchen, where she is able to prepare meals while keeping an eye on her daughters.

“It was designed so I can see every space from the kitchen,” she says. 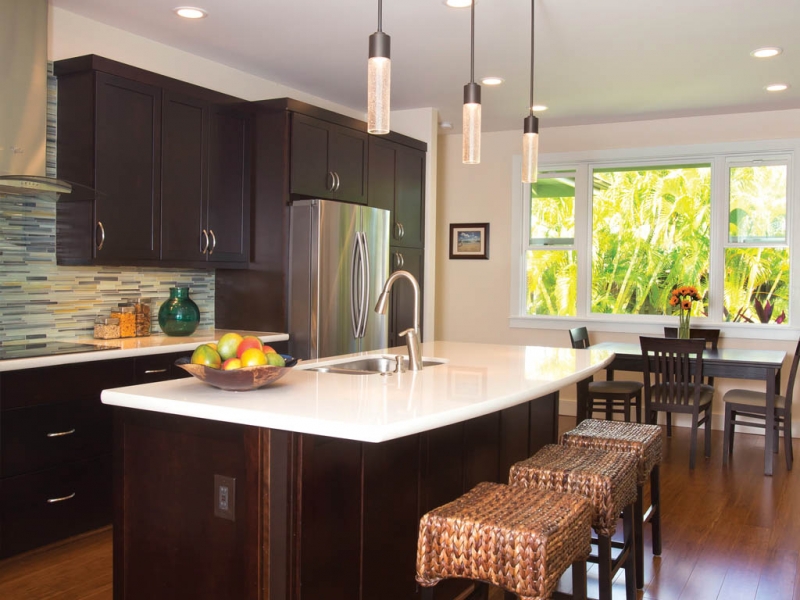 Function aside, she loves the kitchen’s aesthetics, especially the glass mosaic backsplash. Its “Kailua blues” set the tone for decorating the rest of the house with a playful beach-house air.

Beside the girls’ bedroom is a playroom, which eventually will be transformed into another bedroom or an office for their father. Its sliding doors open up to the front entry of the house and are gently pulled closed when the parents are entertaining guests, hiding dollhouses, coloring books and crayons out of sight.

While the footprint of the house is relatively small, it leaves room for much living, both inside and outside. Preserving the landscaping outside of the house was important, too; they were able to relocate many established eureka trees from the front yard to the backyard, and left the large mango tree untouched. It is the only thing that has truly remained the same from the old house to the new.

“The mango tree was one of the reasons I bought the house. We take very good care of our mango tree,” the homeowner says. “That is probably the most-used space on the whole lot, is under and around the mango tree. It’s why we kept moving the interior wall back, so we could capture it.” From inside, the tree is framed almost like artwork on the wall by a picture window.

The house is designed for the family to grow in together, as the mango tree continues to grow and flourish outside. The girls may one day opt to turn the playroom into a separate bedroom when they are older, while the parents can easily age in place.