A Condo Kitchen Goes From Old to Bold

A small, dark condo kitchen is transformed into a colorful, open space for cooking and entertaining.

When the owners of this Honolulu condo purchased their unit in 2010, they summed up the state of the kitchen in one word: horrible. “It was very narrow, very tight and just horrible,” the homeowner says. The dark, windowless corner kitchen had never been updated by the previous owners and was “virtually original” to the home.

Renovations began immediately. The homeowners did much of the demolition themselves and selected Details International Inc. to handle the redesign the kitchen. After visiting the Details showroom, the homeowners got a good feeling from speaking with designer Susan Haas. “She understood right away what we were after and worked with us throughout the entire process,” the homeowner says. “She was also very helpful and knowledgeable about certain things you might not think about.”

The homeowners were clear about what they wanted in their new kitchen. As avid cooks and frequent hosts, they were looking for a bigger, more efficient space with plenty of storage and low maintenance finishes. “We entertain by eating! And when we have guests over we know everyone winds up in the kitchen.” 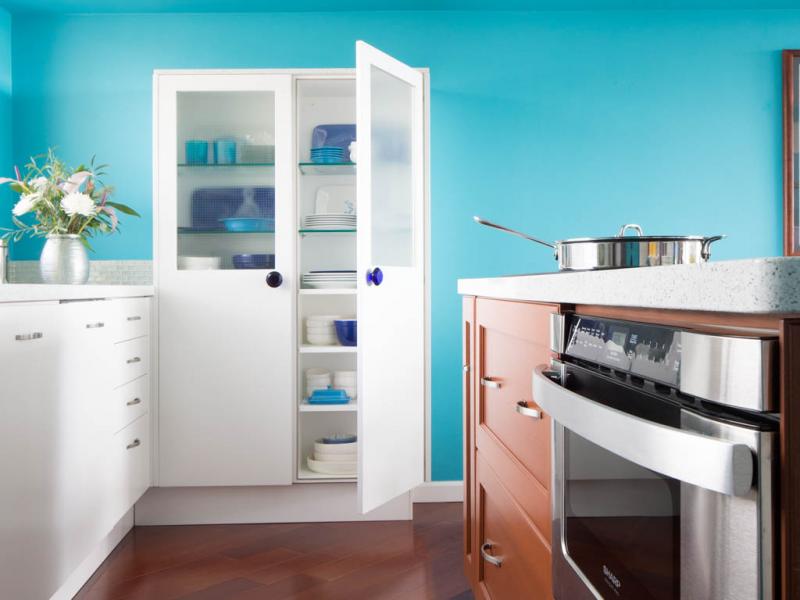 Haas worked with the homeowners to maximize the kitchen, opening up the original space to encompass the previous dining area. “We reoriented the kitchen which had faced the dining area and a concrete wall,” Haas explains. “The sink relocated to under the window in the former dining area and the cabinetry, oven and refrigerator were tucked under the concrete soffits.”

With more space to work with, a substantial island was added for induction cooking and serving. More room also allowed for multiple work areas so the couple and their friends can all be in the kitchen together without getting in each other’s way.

Low maintenance finishes were selected for easy clean up. The crisp white lacquer cabinetry around the perimeter of the kitchen keeps the space light and bright, and with no hardware is simple to keep clean. The homeowners maximized the lower cabinetry space with drawers, including a microwave drawer. The mahogany cabinetry on the island was chosen to match the warm, wood floors. “The island faces the living room, so we wanted it to look more like a piece of furniture, and not stand out like a big block,” the homeowner says. Stain-resistant, speckled white quartz countertops unite the surface areas and a complement the shimmering glass tile backsplash. 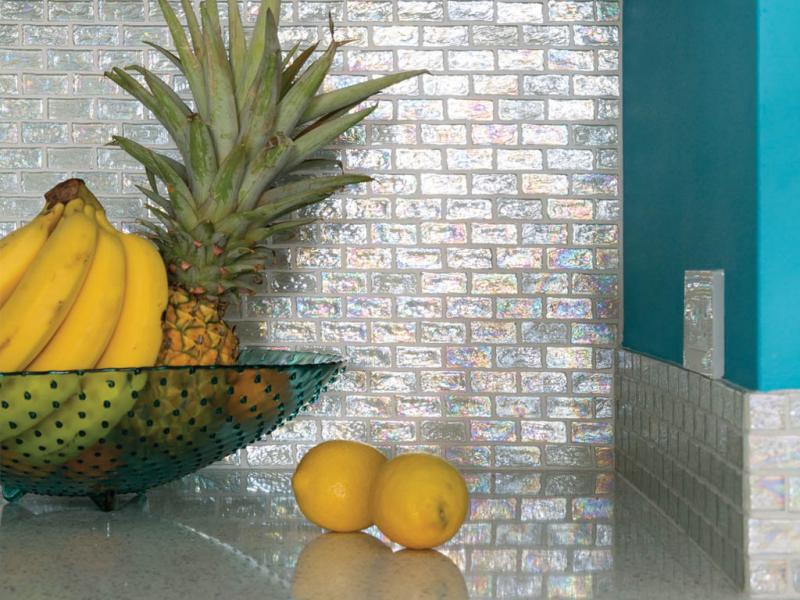 Ultimately, neutral finishes set the stage for a bold turquoise wall color. “We knew we didn’t want white walls because they would be too glaring with the sunlight,” the homeowner says. “We’re not nervous at all about using color. It makes everything pop and it’s the least expensive way to get a lot of impact. Plus, if you don’t like it you can just repaint.” Inspired by the colors of the ocean and a photo from a magazine, the homeowners selected Benjamin Moore’s “Bahaman Sea Blue.”

In the end, the color was transformative. “The vibrant color added just the touch needed to transform this ‘technically perfected’ kitchen design into the heart of the home,” Haas says.