Who Let the Dogs Out?

Putting together a dog-friendly landscape.

From doing its business to recreational digging, a dog’s habits can wreak havoc on tropical yards. And adding the wrong type of plants can make him sick or even worse. “There are a ton of plants here in Hawaii that can be dangerous to your dog, so you just have to be careful,” says Steve’s Gardening Service owner Steve Dewald, who once built a garden for a pet rabbit.

So, let’s get to it. Here are four things to remember for dogscaping. 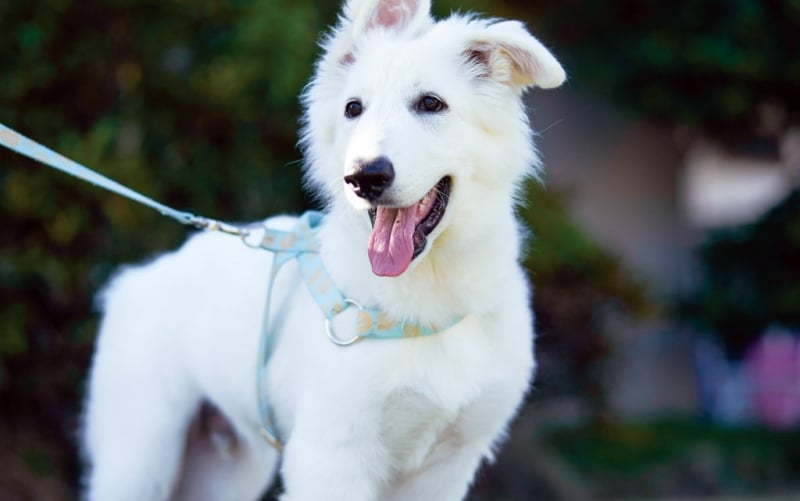 High concentrations of nitrogen from dog urine can burn and even kill your lawn. To withstand the inevitable onslaught of doggie duty, focus on utra-resilient grasses such as El Toro Zoysia. “Any Zoysia grass should hold up fine as long as there is enough sun,” says Dewald. “For areas with extreme shade, I think you have to seriously consider synthetic grass options.”

Beware — dogs do not have an innate sense of what’s safe to eat. “You should be particularly watchful with puppies,” Dewald says. “They’re too young to know any better.” Some of the more common plants that could be dangerous to pets include plumeria, alamanda and beestill. “A good rule of thumb to follow is that anything with white sap is poisonous,” says Dewald. “And there’s a ton of that in Hawaii.” Consider using raised planter beds and placing new plantings close together.

Dogs love to romp, so make sure they have plenty of room to do just that. “People tend to want to build barriers such as big hedges and shrubs right up next to the fences,” Dewald says. “Dogs love to race along the perimeter of the property, so you want to leave room between the hedges and fence for them to do just that.” And, of course, remember dogs can overheat easily, so build a large shady area where pets can cool off.

“Standard fertilizers are generally OK as long as it is done with diligence,” says Dewald. On the other hand, pesticides can be extremely dangerous. “Snail and slug bait looks like dog food because it comes in pellets,” Dewald says. “It can be a horrible, horrible death for your dog.” To get rid of snails, Dewald recommends you simply put out a bowl of beer. “Snails and slugs are notorious alcoholics. It usually does the trick.”

Finally, consider the type of fence you’ll need for your dog-friendly yard. “You have to make sure the fence is good enough to keep the dog in and others out,” Dewald says. “It should also be durable, because dogs tend to test their barriers.”

Quick Tip: Sprinkle cayenne pepper on plants to train dogs to keep out. “They get a nose full of that a few times and they won’t go back in there,” Dewald says. “It works like a charm and doesn’t hurt the dog.”

Get your Hawaii home in the spooky spirit of the season with these tips.

While a theme is optional, some things just can’t be skipped.